The plexiglass sculpture is similar to a fish-tank, it is a simple container with all it's walls transparent.

Within the container there are other divisions that make other planes, the container has no upright position, until it is put on the floor or hanged for viewing.

The intersection of the planes, being transparent, can create patterns, forms, or nothing else but alter the light and the vision through the container. it is possible though to see the different planes and and sculptures through each other.

There are different ways to organize each sculpture, but I have a set mind on the first viewing and interaction between the sculptures in the same room (you can see that on the sketches)

Each box, before being an object is first of all a place, in which material, space and time interact, or that "is" by these factors (a small universe); each sculpture then interacts with the other and within the room and with the viewer.

The room at this point is a small system of sound, light, actions and material. 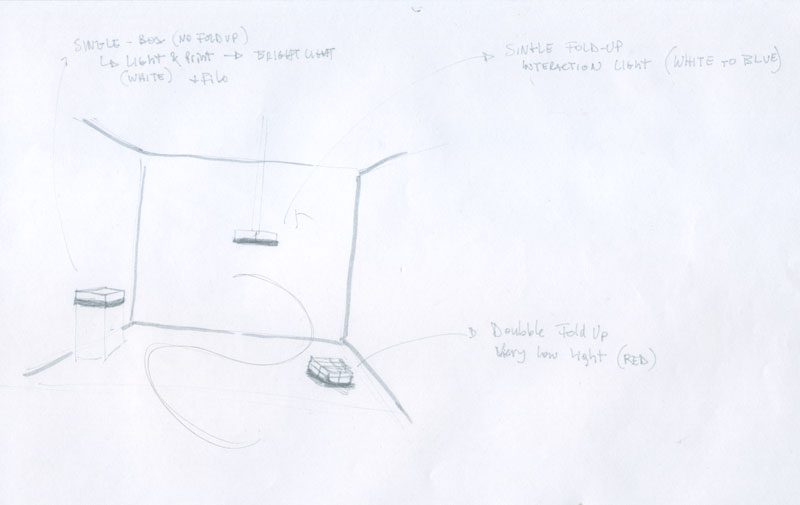 Interaction and self generated actions/outputs

Each sculpture is per se' a signal processor (with an arduino board) and it's in/output will depend on the programming of the board.

For this particular setup the FUUs will have to react (input) to external objects and to sound. Each FUU will light and will generate sound despite of the interaction.

Object interaction
When any object (in this case the viewer in the gallery) comes close to the FUU the sculpure will dim the light according to how close the object comes.

In this way the viewer will be able to see all the sculptures very alight from far away but as soon as he or she come close the FUUs will dim their light, and obvioulsy not in the same way as the distance cannot be equal from each FUU.

Sound
Each FUU will generate a sound that will invade the room, and that will hence interact with the other sculptures. In fact there will be a similar interaction in sound as with the light. The sound, with a series of variables, will be generated according to the viewers movement, the figures to do this will be taken from the measurement used for the light.

The system at this point, according to the programming will evolve in time so the initial outputs should change completely after x amount of time and will change according the positions. In a future viewing, it would be interesting to make one of the FUUs moveable in space, or an object within, moveable according to the system changes, but without prediction. 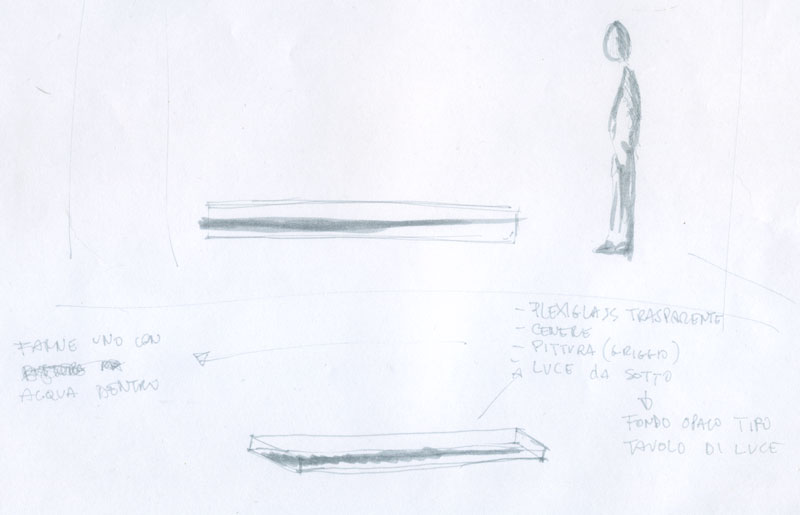 a couple of links that can lead u to other...