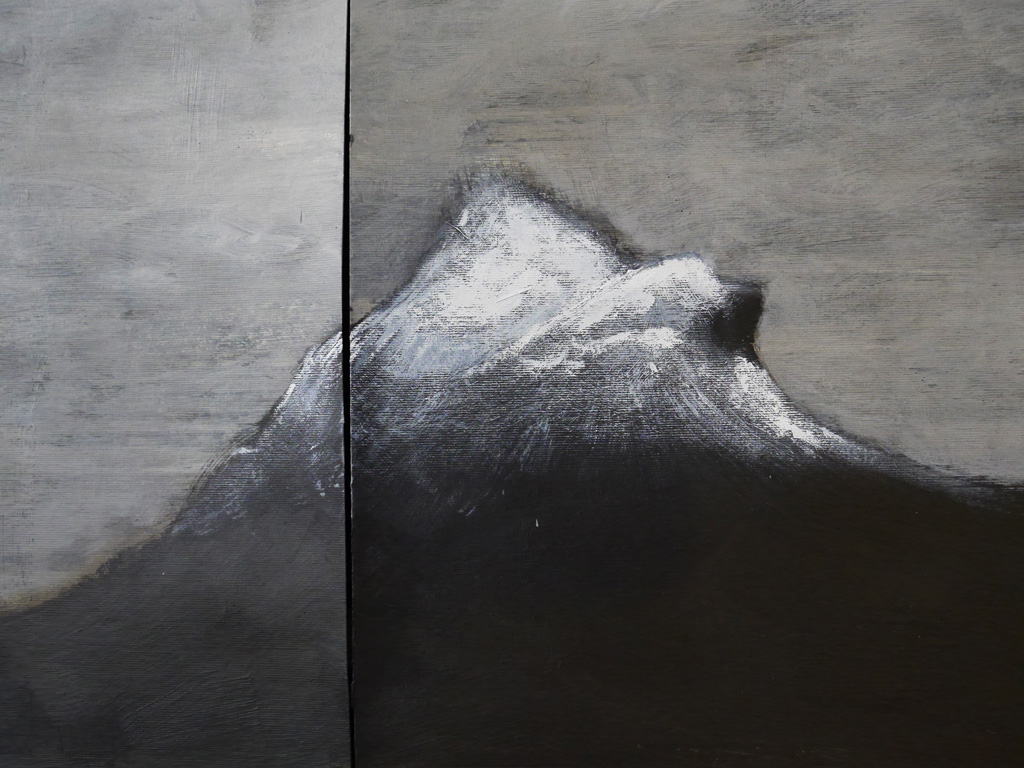 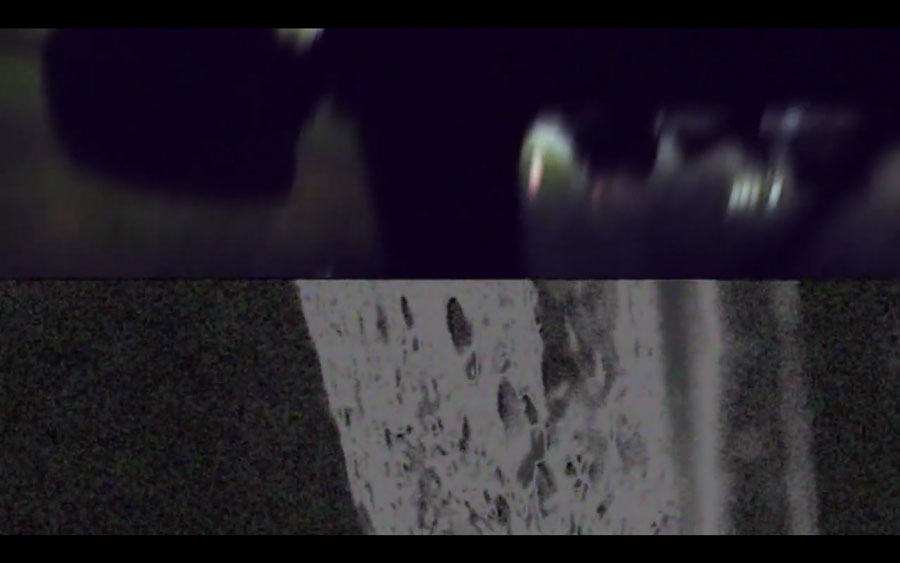 "Compendium K" for soundscape, electric guitar, live electronics and sometimes video, Nekrotzar, is part of a series of pieces called "Compendia", namely live musical performances and elements, such as video or painting, reflecting a specific knowledge. Compendium K (the K stands for Stanley Kubrick) puts together soundscapes, live music performance and a video with a fixed duration and narrative. The video is a montage of footage from various sources and with very few original shots, but even so, it is not a montage-film - it's not by any means a film. It's another mechanism for sense and non-sense, an instrument to play with. In a similar way, the soundscapes act as a video soundtrack but are mainly entangled with the live performance. Each element is therefore a device playfully put together in a ritualistic progression. Each device pertains a certain quality of my vision of Stanley Kubrick's work. The whole work can be ideally divided in four macro scenes as in Der Grosse Makabre of the Ligeti/Meschke libretto, where quotations, cites and references to past musical styles are the devices to create it's pastiche form. The choice here of Ligeti is manifest, but maybe the choice of the libretto as a baseline for the narrative is less obvious, as occult and evident are certain routes of Kubrick's vision.
If you wish to know what it's about, drop me an email and I'll send you the password to view/download: https://vimeo.com/158793903
Video: SD/HD, 45', Italy, 2016

The performance has taken place in 2016 for INVIDEO 2016 at SPAZIO OBERDAN in Milan and in 2017 at the Cinema Arsenale of Pisa for Ondavideo and Università di Pisa.

There is a sound and video-loop installation also that was premiered at "New Adits 2016" in Klagenfurt (Austria), here's a sound excerpt: 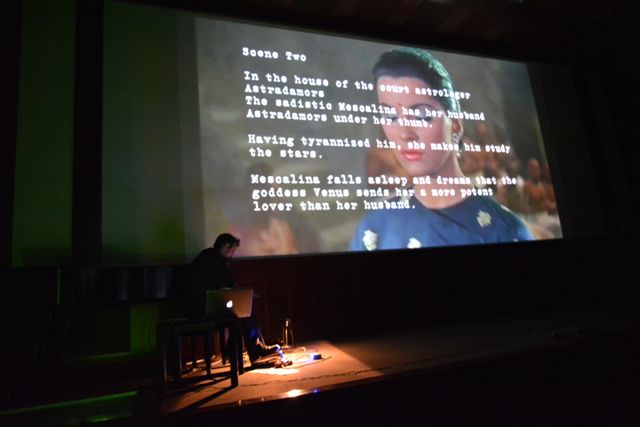 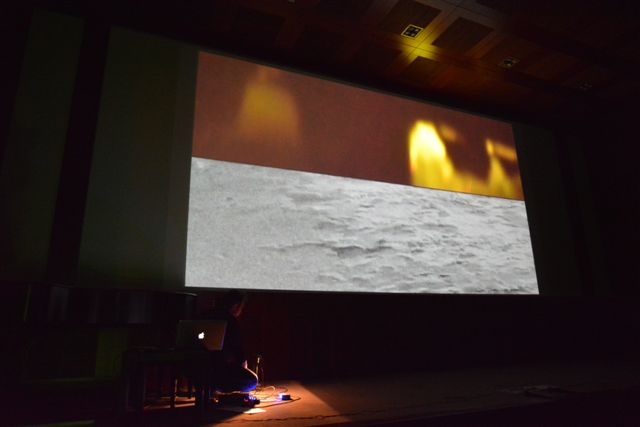 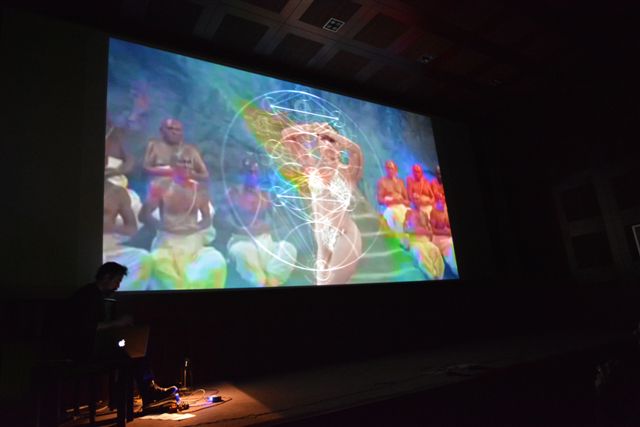 La Camera Verde editions made a Cartella d'Artista for the exhibition, but they can also be printed and laminated on demand (copy of 1) 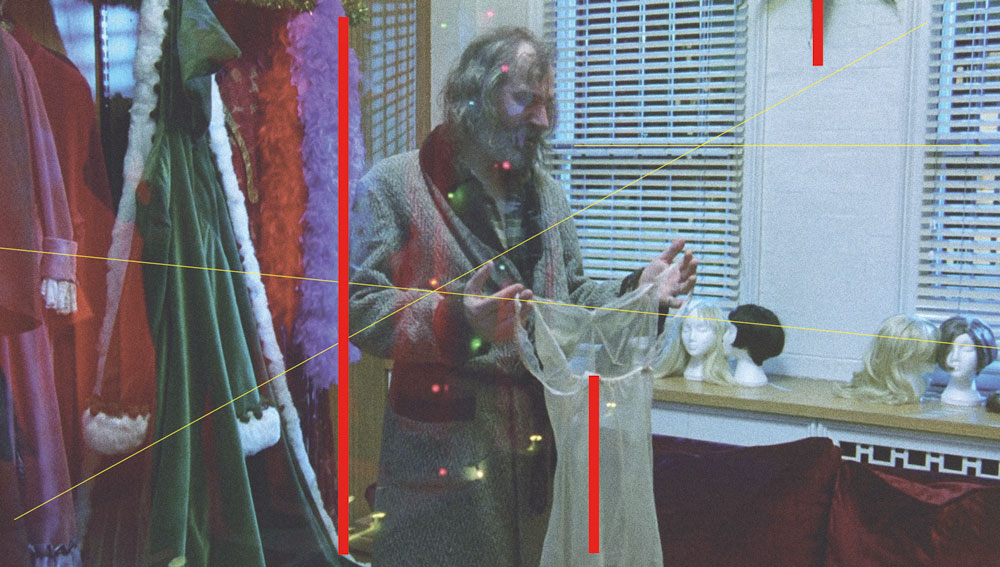 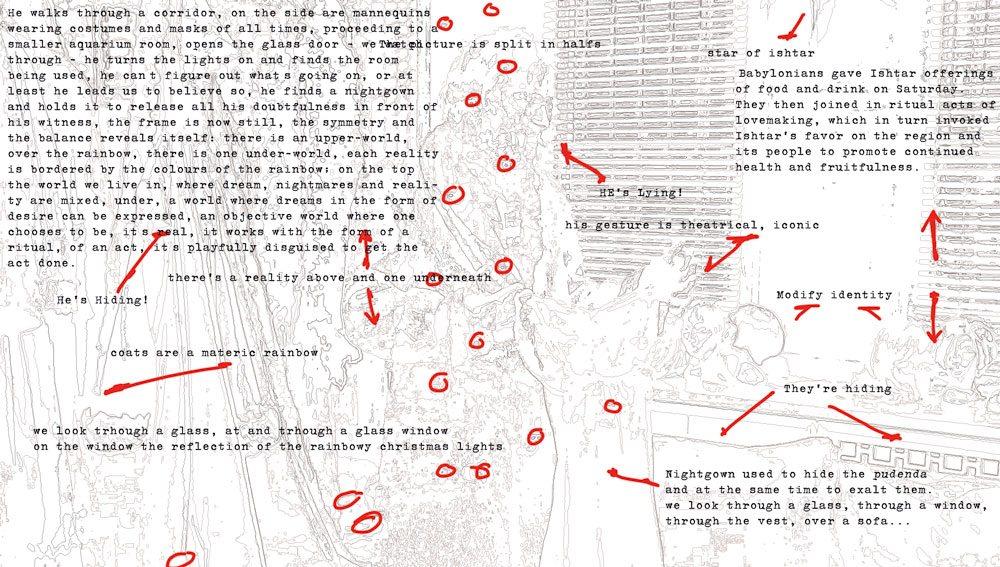 One of the didas on the print:
"He walks through a corridor, on the side are mannequins wearing costumes and masks of all times, proceeding to a smaller aquarium room, opens the glass door - we watch through - he turns the lights on and finds the room being used, he can't figure out what's going on, or at least he leads us to believe so, he finds a nightgown and holds it to release all his doubtfulness in front of his witness, the frame is now still, the symmetry and the balance reveals itself: there is an upper-world, over the rainbow, there is one under-world, each reality is bordered by the colours of the rainbow; on the top the world we live in, where dream, nightmares and reality are mixed, under, a world where dreams in the form of desire can be expressed, an objective world where one chooses to be, it's real, it works with the form of a ritual, of an act, it's playfully disguised to get the act done."

The photos were taken very roughly at the exhibition in La Camera Verde in May 2016. Unfortunately I haven't been able yet to do a proper photo session. 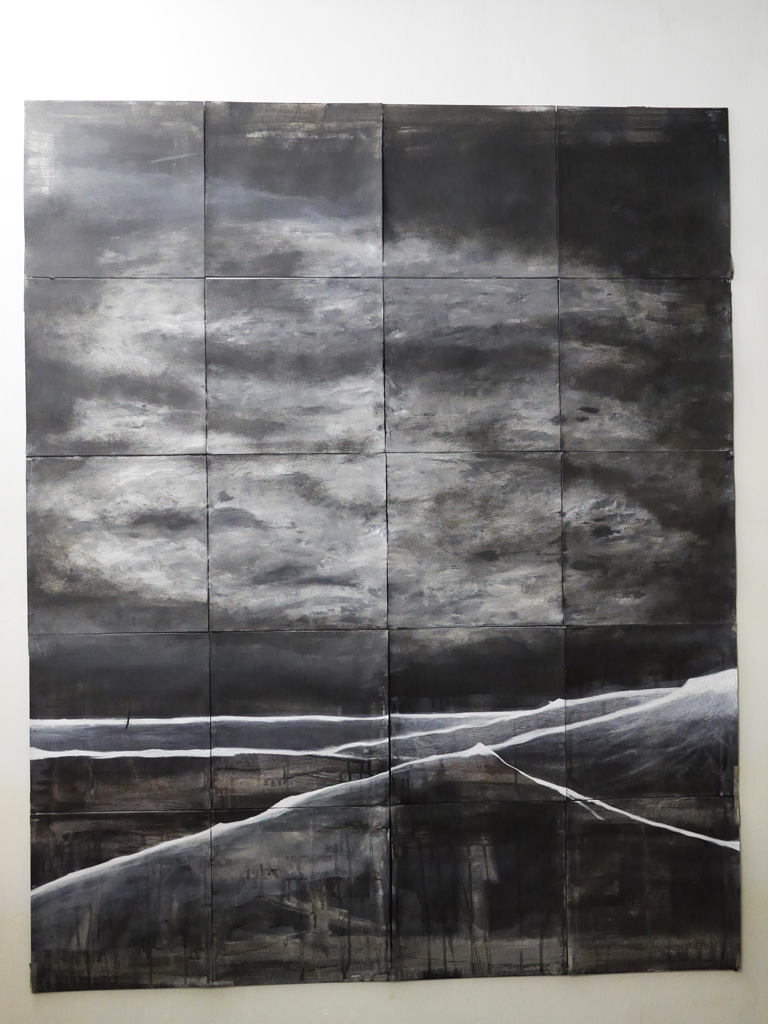 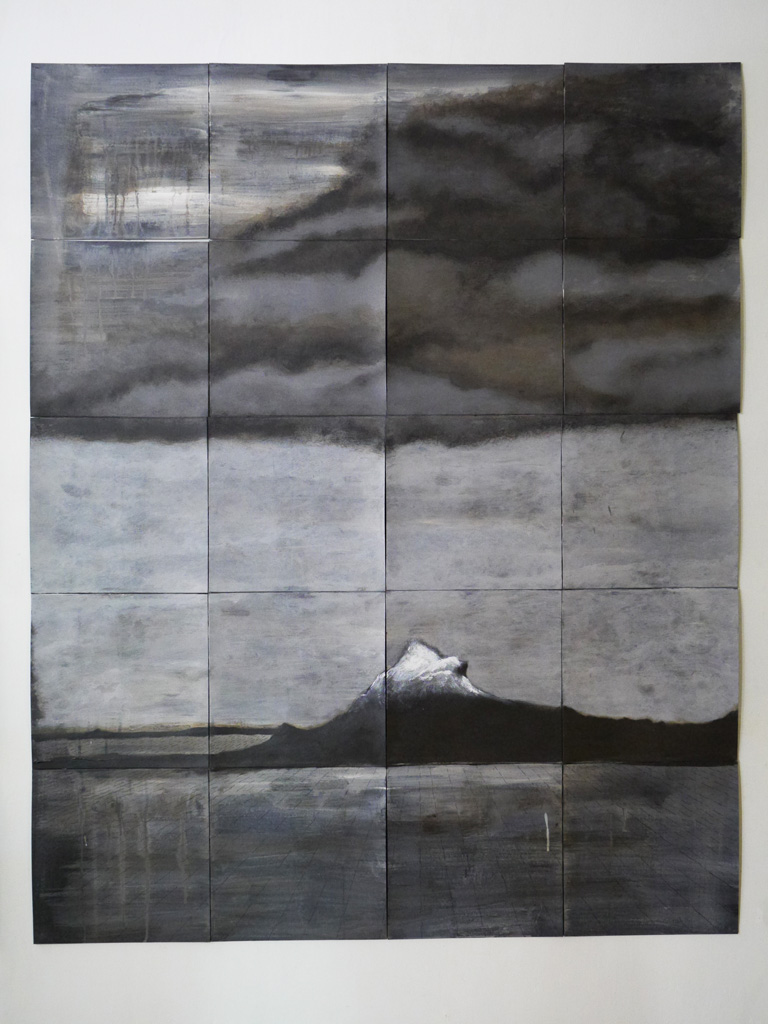 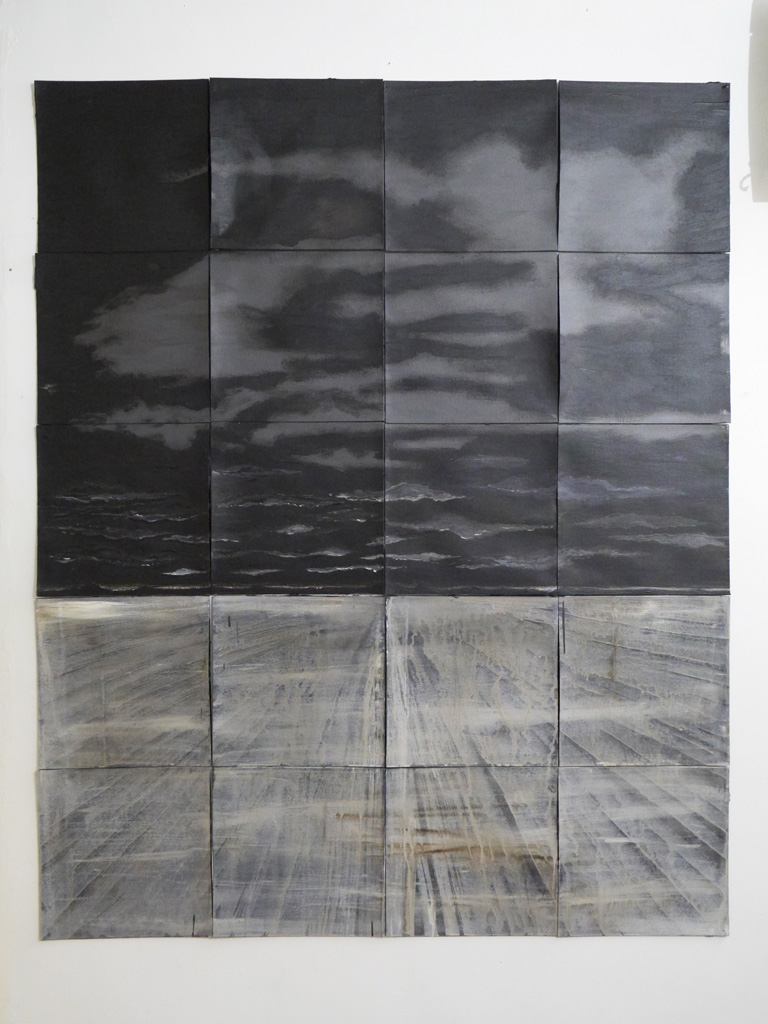 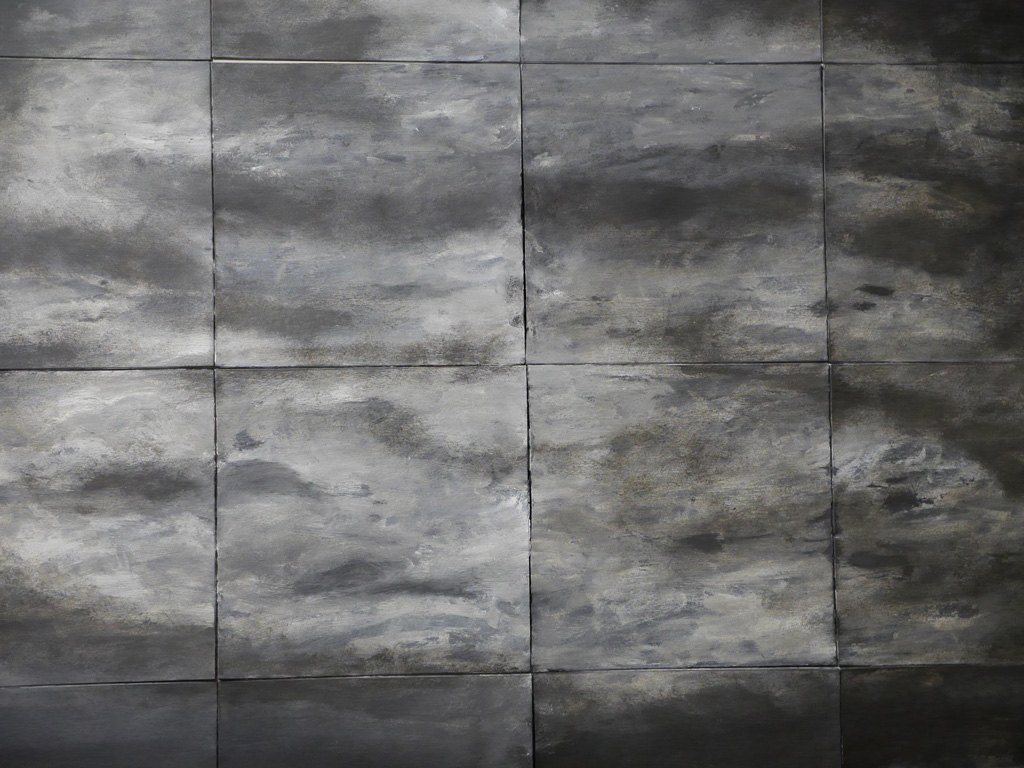 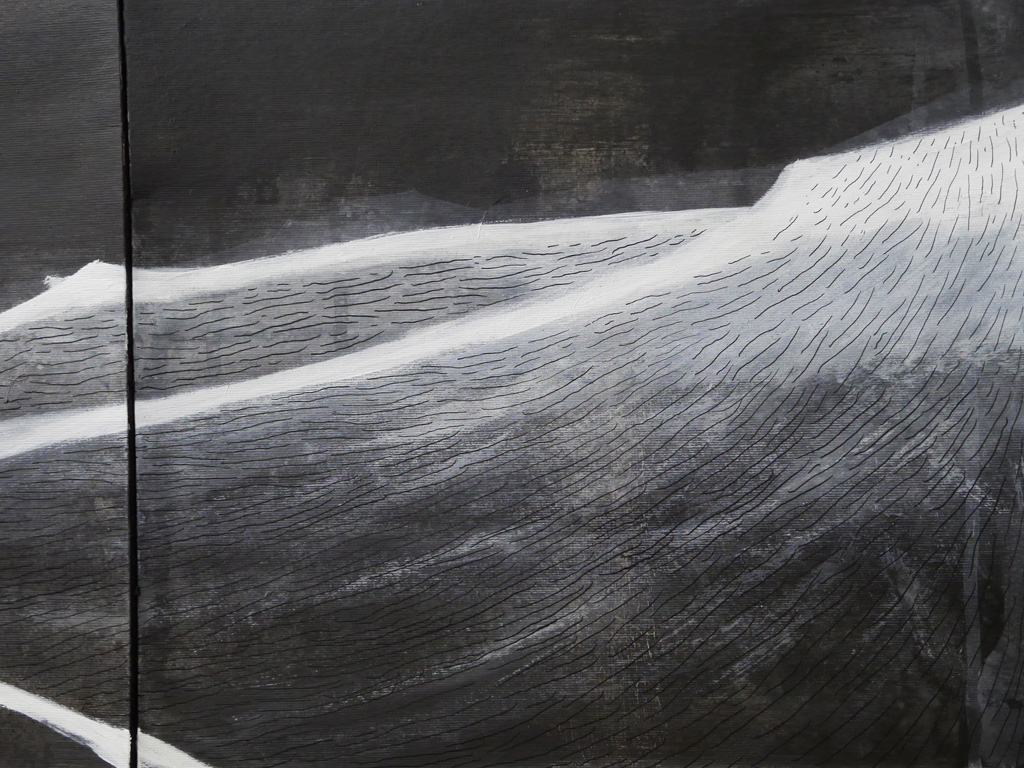 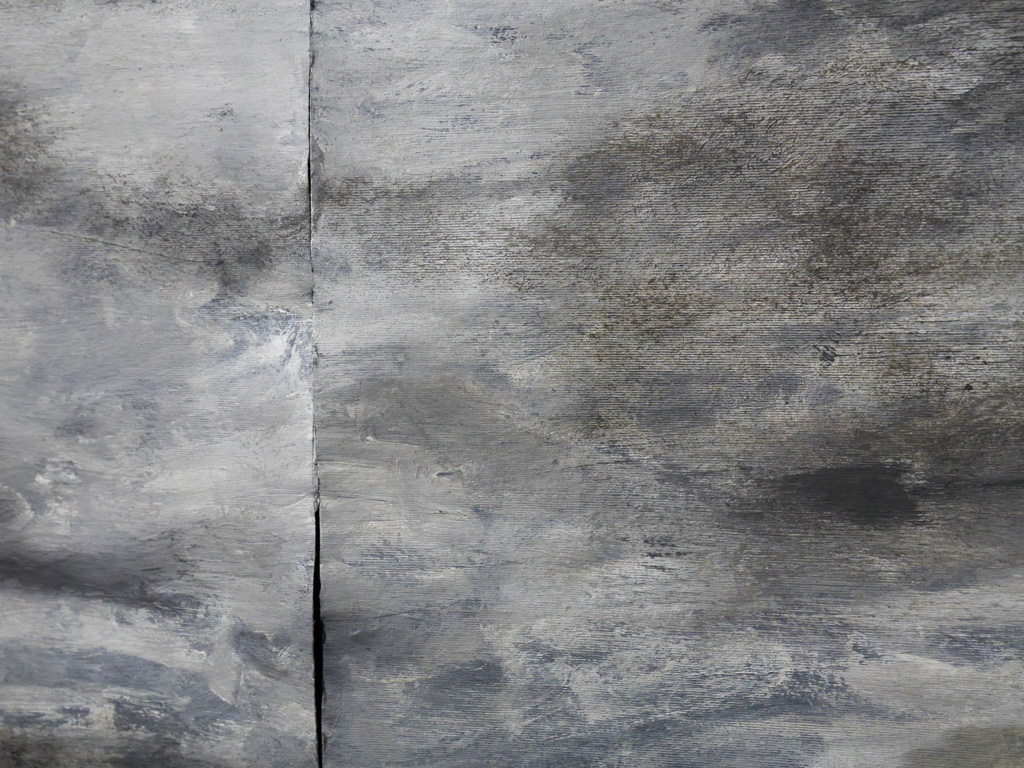 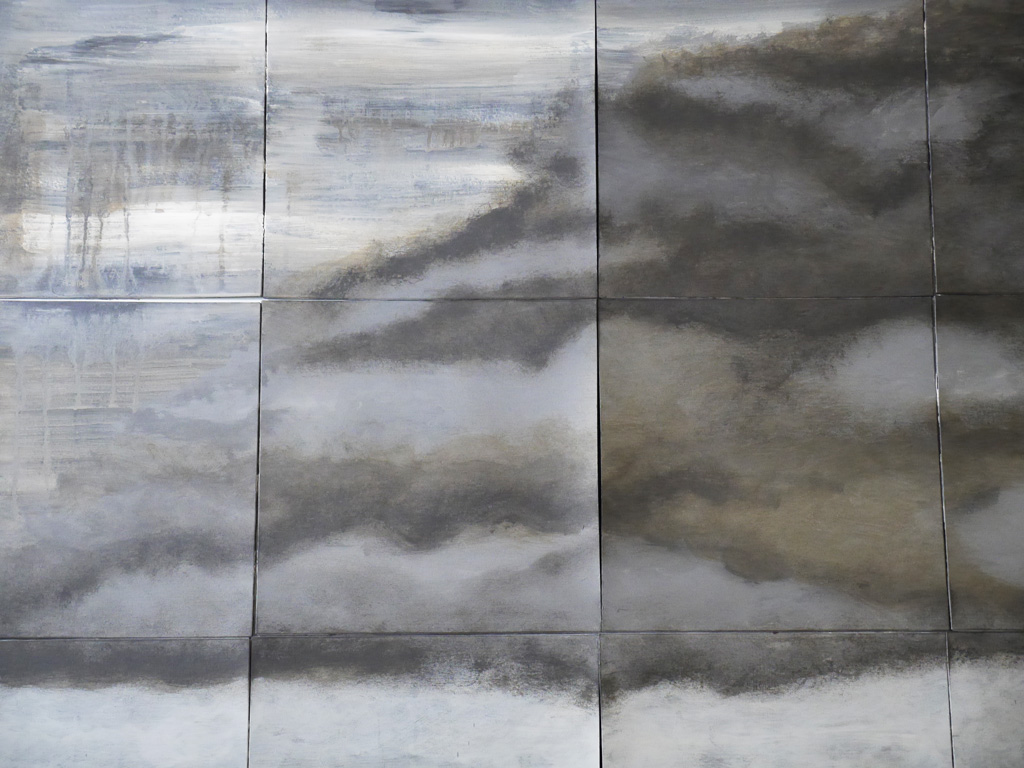 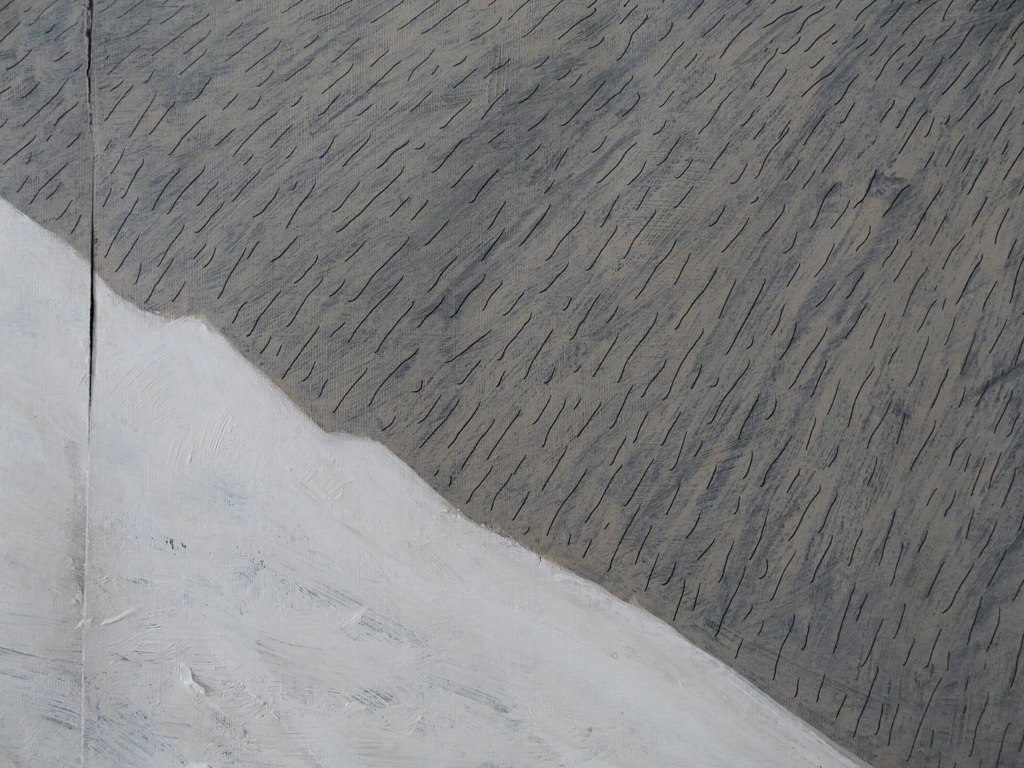 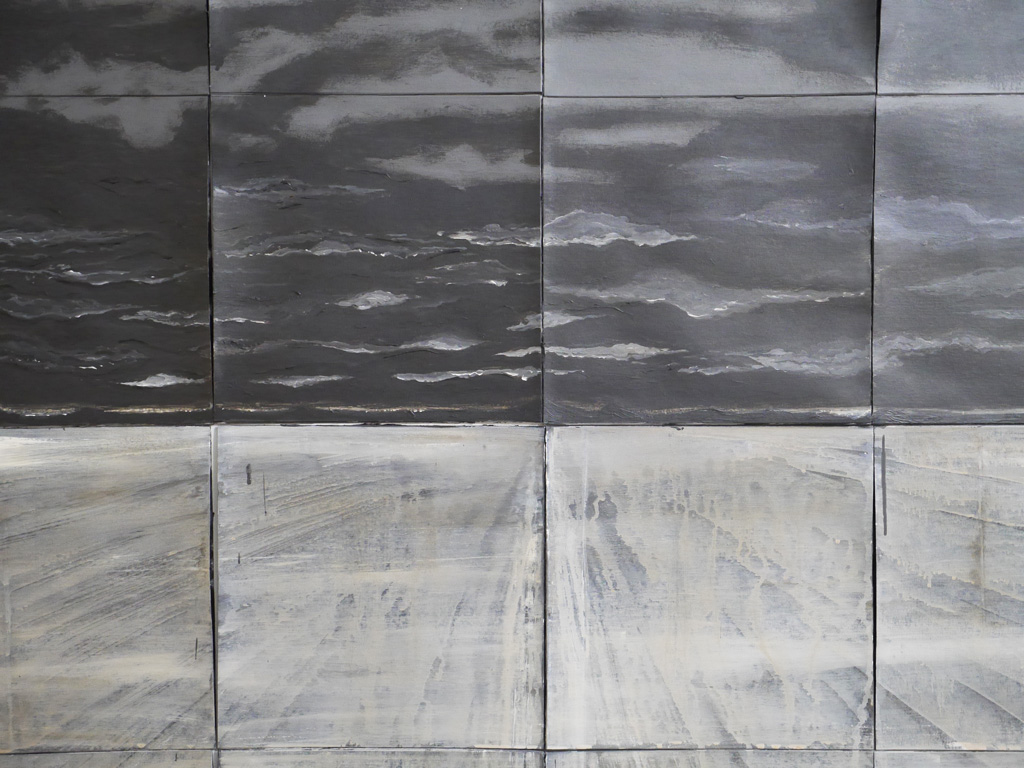 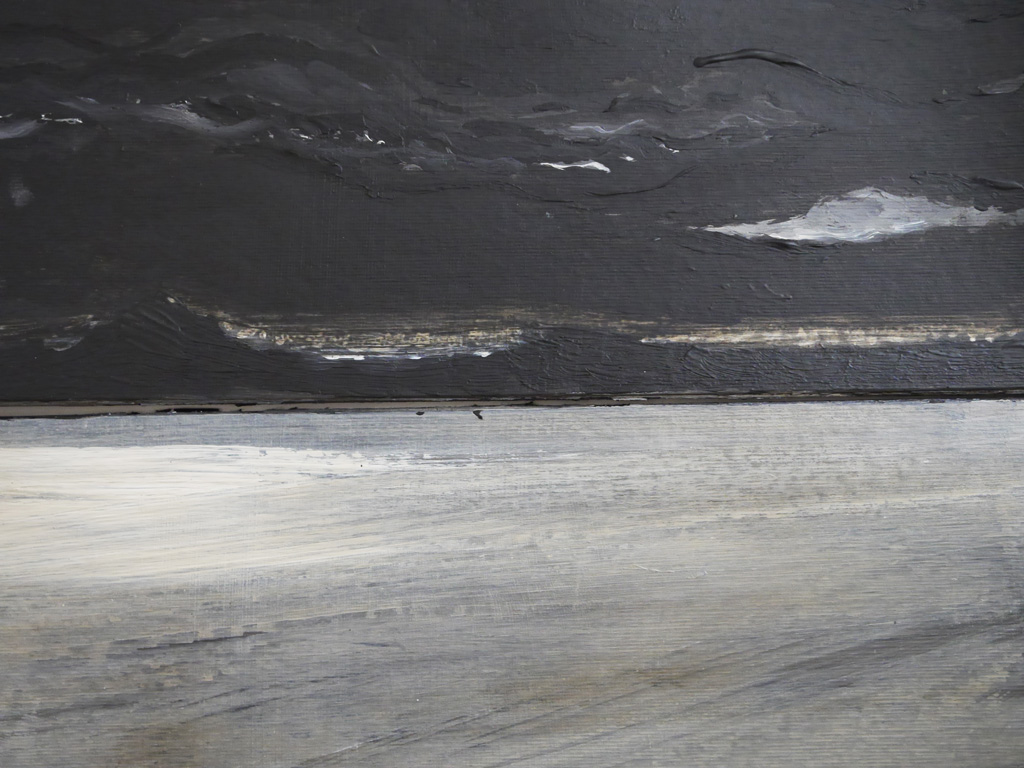 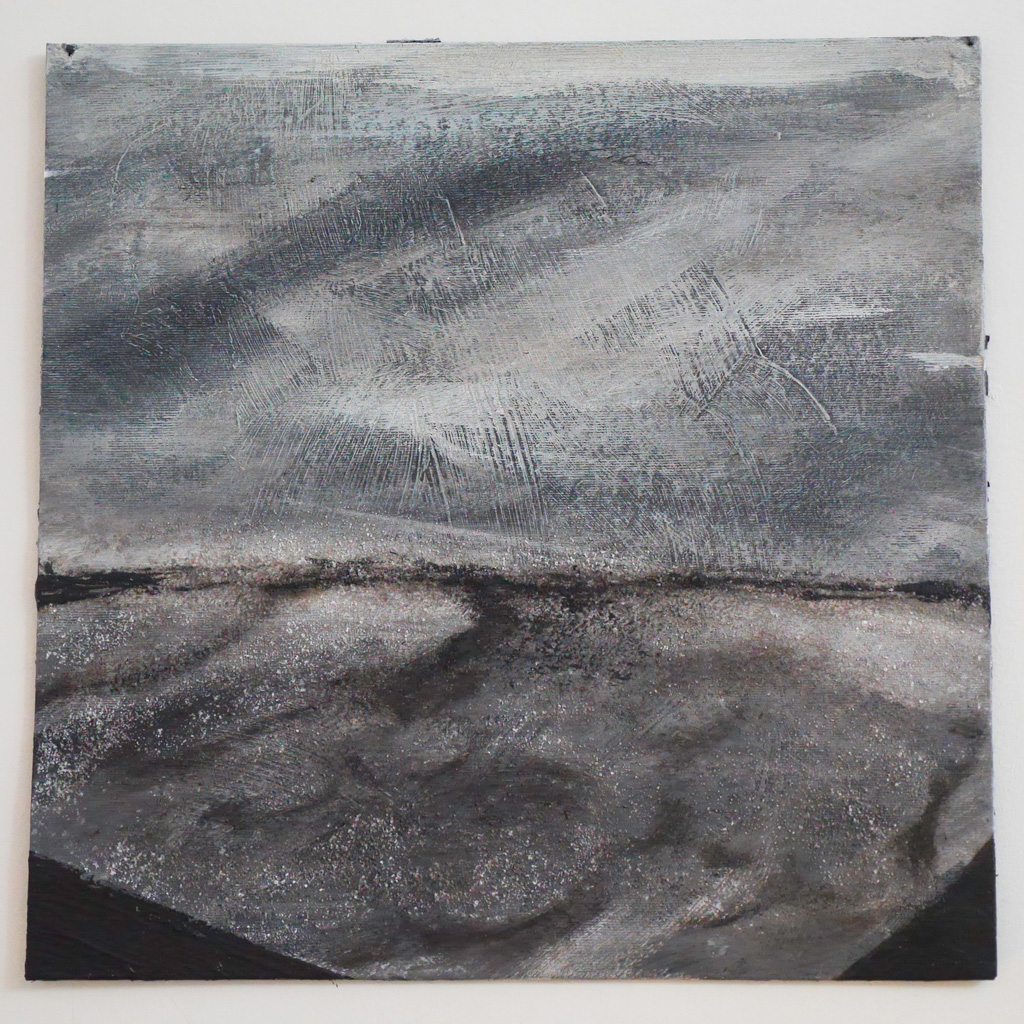 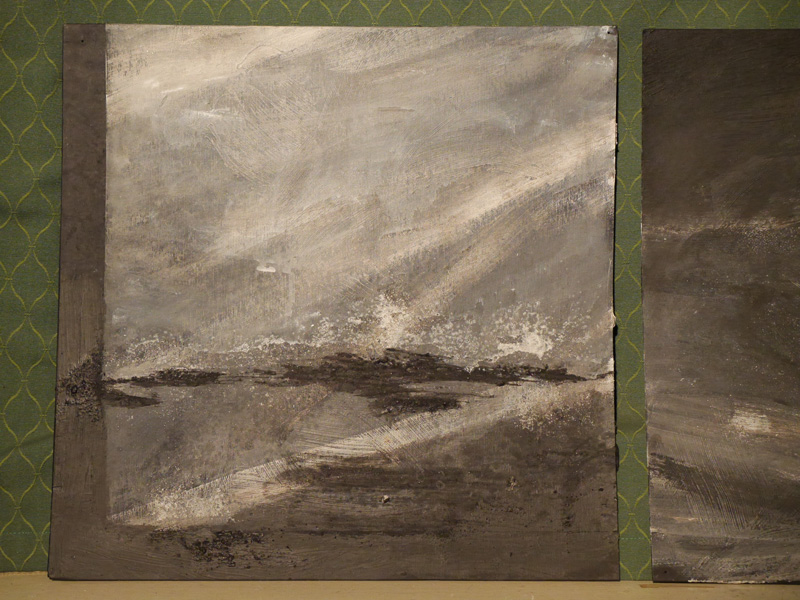 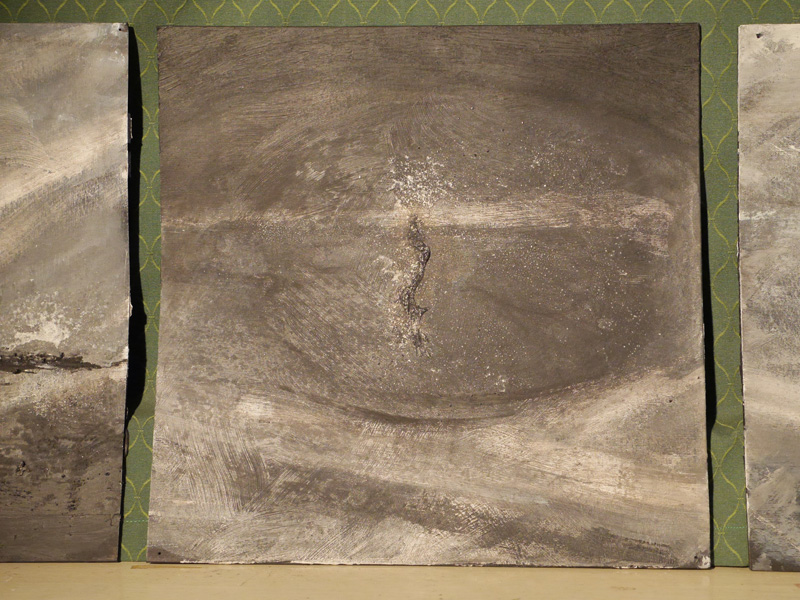 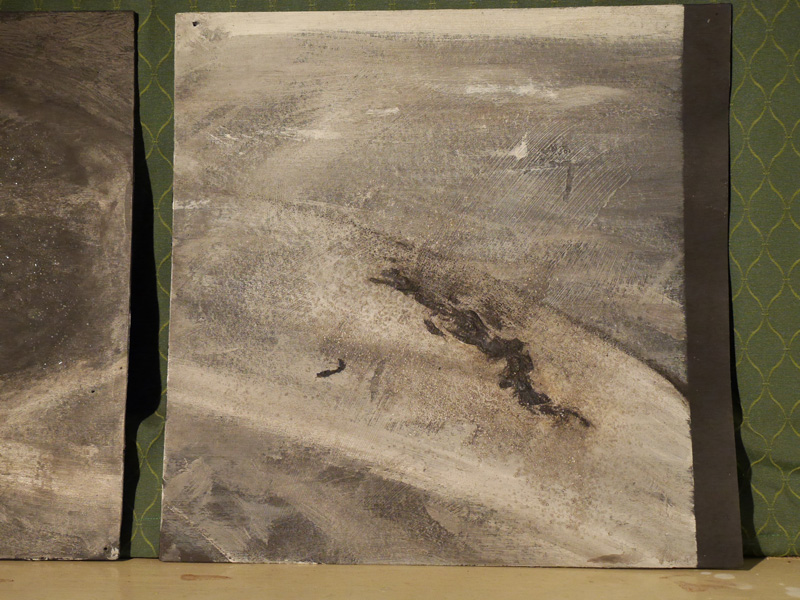 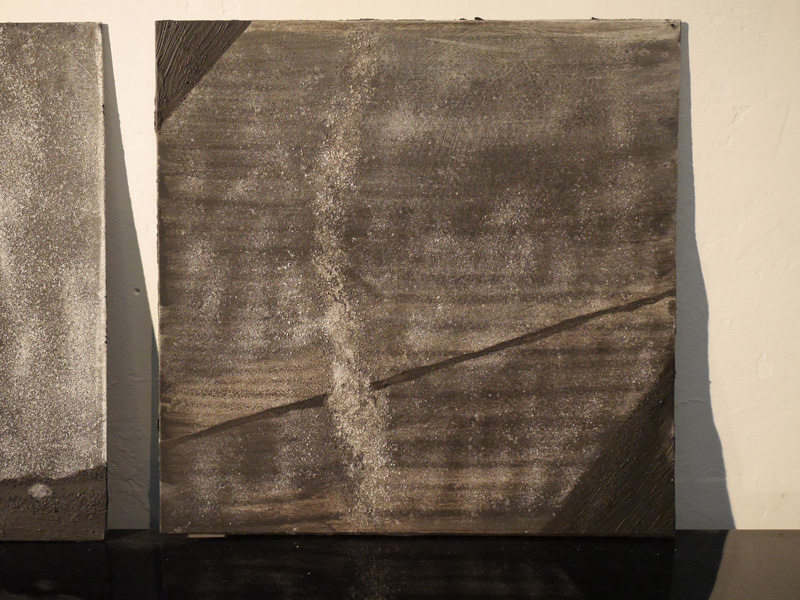 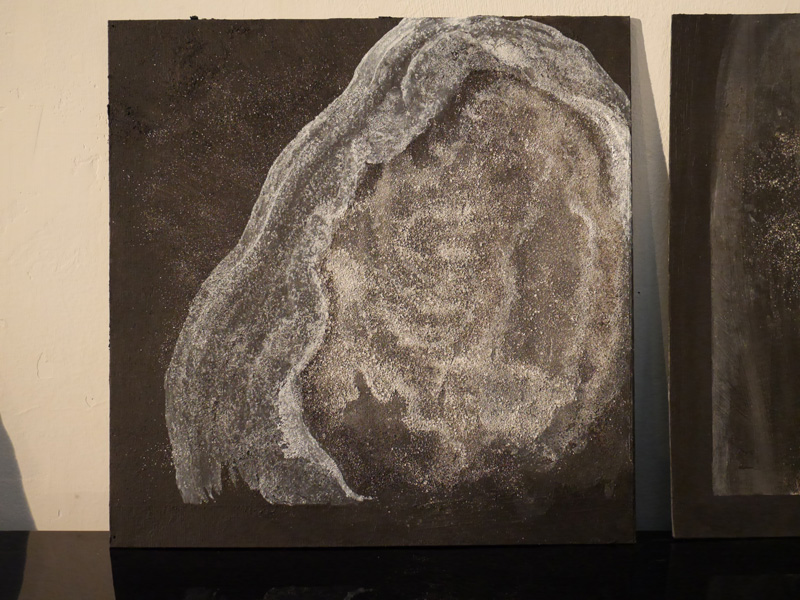 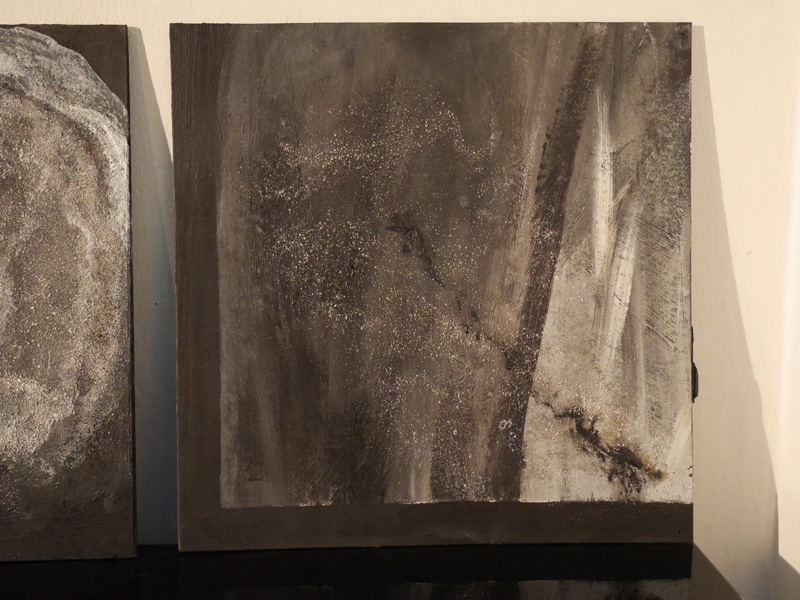