This Is An Unknown Surface

From the Alchemy Film Festival note:

The dreamland of language: “This is an Unknown Surface” is an oneiric voyage in the interaction between writing and perception, between nature and culture. Language is filmed on four interwoven surfaces: an ancient stele in a Chinese temple, the written work of a contemporary artist, a software-processed voice reading a poetically dense text and mysterious lotus leaves that preexist to writing and exist beyond writing. Entirely shot in fisheye, this film pushes to the limits of the screen the distinction between language and image.

This video is the result of a joint effort between the three of us, all authors of the video. I was called at first only to do the montage/editing of the footage provided by Robert, he would also direct the video, but as Robert and Alessandro were in the very initial stage of the process (only the footage was decided) I got thoroughly involved to a point where we could direct jointly. Alessandro's "Augmented Writing" work was pre-existent and gave the baseline to the development of the video, setting a common ground and common elements of research for the three us, I think we've touched several of the thoughts within "Augmented Writing" and have taken them somewhere else, in any case please check his work out here: augmentedwriting.com
Robert needs no introduction, it was a great honor to have been able to work with him, a man who's eyes eloquently show the idea of a vision, leading me also to view more of his work and appreciate it better, not to mention how fun it was to exchange "cuts & timing" ideas with him, finding myself to manipulate video À la Cahen!

After the premiere at the Alchemy Film Festival the video is still being showed in Europe but as soon as I can publish it online you will find it here or on my Vimeo channel. 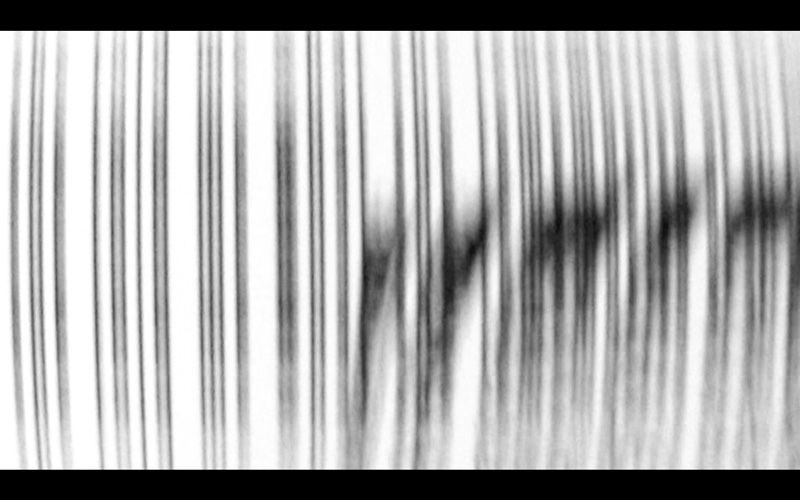 Images: stills from the video
^