...waiting for war to end

"WATT (0) KNOTT...in attesa che finisca la guerra" is a 45' audio and video piece, conceived mainly to be performed live.
It's divided into four macro sections, “System”, “Reality”, “Us”, “I”, linked by three movements. The video clip is the result of a careful direction but it also follows the directives of the score/scheme adopted for the musical performance. As per the title, the sequence takes its baseline from Beckett’s work “Watt”, by simply inheriting a series of concepts,keywords and the overall linguistic ambiguity as for the character names Watt and Knott. The sequence is formed by a mix of HD footage, mobile phone footage, family videos, personal or documentary photographs, glitch and manipulated videos in post-production, freely downloaded videos from the web, both journalistic or historical, music composed for the four main sections and improvised music for the three junctions.

The movie by itself, is the result of the cooperation between Simone, Francesco and me, following partially the directives we gave ourselves for the first live performance in 2012. The montage is roughly the same but, as per the nature of the work, the music is an evolution of that first performance. 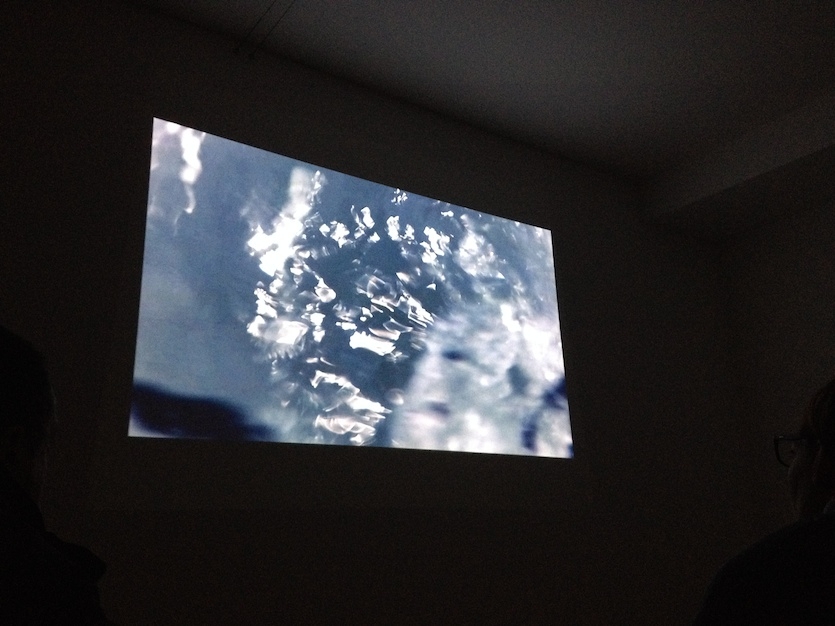 Images: pictures taken during the screening at Kobo for SpazioUltra

Watt(0)Knott's virtue, starting with the reestablished semantics of actuality's objectivity - that seems true for the only fact that it circulates -, of the different means of audio-video capture, otherwise overwhelming in their use, and by the courage of presenting autobiographical repertoire, it is that of reaffirming a vision, a subjective push which reveals the subjective side of experience otherwise media-exposed, exalting desire, imagination, the dream. Absolutely divergent from fast-thinking and spectacular consumption of images, the reality of everyday life as a continuation of war by other means. A defense of beauty. This is art's duty. It's politics, because - as Godard tells us, whom has experimented with video and today even with Youtube and 3D - "war exists simply to extend civil life". Watt(0)Knott, recovering the autobiographical dimension which is auto-production, insists on the rights and the value of that transformative power which reproduces ourselves, satisfies our most radical needs, depreciating the chains of exchange value and celebrating the attraction for a free activity, that is another name for art.

Interview by Filippo Lorenzin on spazioultra.org and downloadable here in ITA or ENG