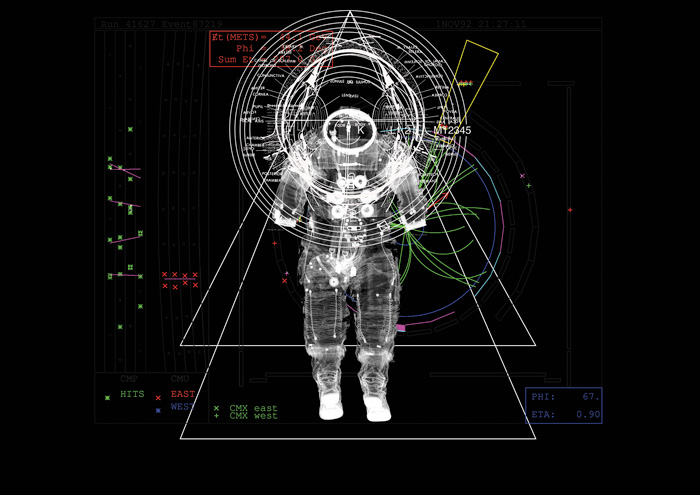 32 digital collages prints. We Are Verbs is a work in progress for the moment instantiated in 32 prints.
The title refers to the book "I Seem to be a Verb", and in general to the work of Buckminster Fuller, mainly regarding his systemic vision of the world. In such sense, you would think humanity not as an object, as a noun, but as being in continuous mutation/evolution, a verb, not only in relation but also maker of it's own environment.
The research done for We Are Verbs focus on the concepts of cybernetics and ambitiously from the comparison between the work of director Stanley Kubrick and that of Bucky Fuller and others.
Each image in fact constitutes a sub-system of the 32 prints, the key concepts are mainly:

the observer/the vision
the object/the reality
the system and the relations between all the actors of it.

An analysis of the observer as much as of the object observed and a personal inclination to think the object, the reality, as a subjective creation.